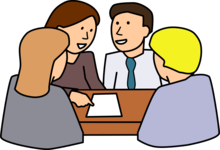 From Group to Friendship
Creative Common by SA License

Lot of parents think their teenagers are turning rebellious. On one hand, the teenager thinks in 2018 that he will leave or move away from his family to look for work. On the other hand, the teenager certainly wants to show his originality, but above all to be in a group. So, it’s about having the right clothes, being able to do without parents, in order to be with buddies.

However, being in a group can sometimes require going against oneself. As long as the group goes in our way, we feel integrated. But sometimes he does something that goes against our truth’s research. Some will then want to be protected with their group. They will follow it anyway, even if it means to let their truth’s research, feeling that it goes against the group. They will probably loose their liberty.

But everyone has to follow their own way. That’s why the group, if it remains of the same type, of the same class, will not only be lead by truth’s research of the or a group leader, but may even no longer seek the truth, that is to say follows directives from outside the group. For example, a lonely bachelor will tend to rely on the media he reads to talk to others, to feel social. It is possible to find media that provide answers to their questions. However, these media are difficult to find during a crisis. Also finding them can be done without the group.

So when you think that the group is going against your truth’s research, against your way, it’s better to focus on finding your own happiness. We can also make friends, not buddies. Indeed, dialogue is the most important way to follow your way.

So we tell the group we have something to do. We look for readings, like Howard Gardner’s multiple intelligences. We meditate. We’re talking to people about a possible and not included group code. We then try to philosophize in order to define, to go to our limits, to test, to experiment. We then want to take care of a particular project, to write it down and write down our emotions in poetry. Then we’ll want to defend it with politics or defining oneself. If we have a calm life, that is to say without disruption by screens, we can dream.

A friend is not just a will. A friend is created with ourselves. A friendship is a flame to keep alive, a plant that grows. Sometimes, some of our buddies have the same questions as we tell. Others allow us to go towards a way. Some friends bring us happiness. The questions of one can serve as a path for the other. A question can therefore serve as a certainty for the other.

When we want to, we have to build a friendship, that is to say, a mutual support. This mutual support may not exist as a design of one of the two. This can lead more to a dependence than to true friendship. It is then about knowing that we are bringing to each other.

Friends support each other and think about each other’s future and happiness. Some friends have never experienced this. Some have known only the competition between people to value themselves. So, when a friend tells a truth with his friend about him, one can think that he is going against him, since the truth about himself is scary. If he is a true friend, he wants better future for himself. This self-truth then strengthens our psychology, that is, we understand each other better. So you become a psychologist. There are new opportunities.

A friend values oneself when friends are with others, indirectly if he is shy, therefore ignoring when someone is lying. This may be for some never seen anywhere. So this may come as a surprise to some. A friend does not hesitate to go against a bad road that friendship should follow. When you are not used to it, you may think it is not a bad way. So it is necessary to discuss with others to make sure to follow our truth’s way.

There are times when friends do not want to see each other anymore, because the way is not the same latter. It is then about defining what friendship wants. We will have become better psychologists, more one than the other, probably differently.

We’ll see where friendship is going to. This will allow one or the other feeling about future, to build projects.

It is possible that the couple is enough for one, so that there is a friendship weary. Some prefer to see people. Others prefer to keep to the essentials. To realize this before allows to improve friendship along, looking at the future.

Can you make a friendship ? Try.